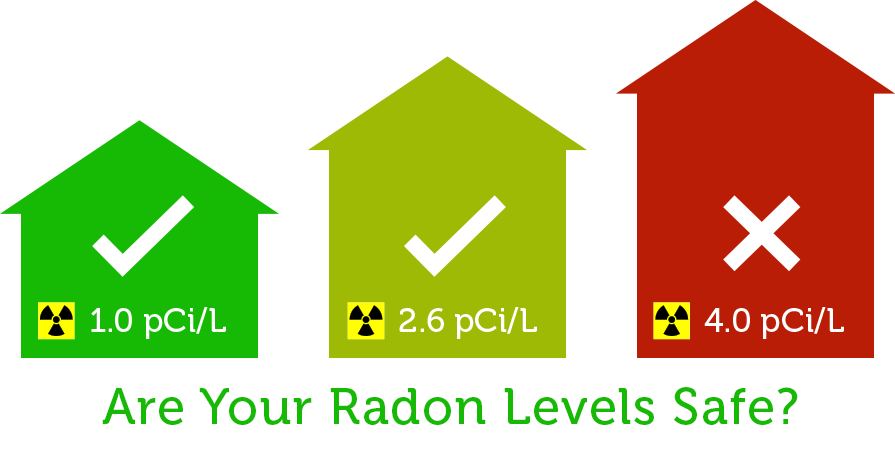 Radon is an odorless, colorless, radioactive gas. It is also the second leading cause of lung cancer in the United States. The U.S. Environmental Protection Agency (EPA) and the Surgeon General’s office estimate radon is responsible for more than 20,000 lung cancer deaths each year. Since it is difficult to identify any immediate symptoms related to radon exposure, it may take years before health problems appear. So, whether in the workplace, in homes, or in schools, understanding radon is important. This includes learning how radon gets into buildings, its health effects, and ways to reduce its levels.

Radon forms naturally from the decay of radioactive elements, such as uranium, which are found at different levels in soil and rock throughout the world. Radon gas in the soil and rock can move into the air and into ground water and surface water.

Radon is present outdoors and indoors. It is normally found at very low levels in outdoor air and in drinking water from rivers and lakes. It can be found at higher levels in the air in houses and other buildings, as well as in water from underground sources, such as well water.

Radon breaks down (decays) into solid radioactive elements called radon progeny (such as polonium-218, polonium-214, and lead-214). Radon progeny can attach to dust and other particles and can be breathed into the lungs. As radon and radon progeny in the air break down, they give off alpha particles, a form of high-energy radiation that can damage the DNA inside the body’s cells.

Does Radon Cause Cancer?

Cigarette smoking is by far the most common cause of lung cancer in the United States, but radon is the second leading cause. Scientists estimate that about 20,000 lung cancer deaths per year are related to radon.

Exposure to the combination of radon gas and cigarette smoke creates a greater risk for lung cancer than either factor alone. Most radon-related lung cancers occur among smokers. However, radon is also thought to cause a significant number of lung cancer deaths among non-smokers in the United States each year.

Some studies have suggested that radon exposure may be linked to other types of cancer as well. But the evidence for such links has been inconsistent and not nearly as strong as it is for lung cancer. Because radon and its progeny are absorbed mainly by inhaling, and because the alpha particles they give off travel only a short distance, it is unlikely they would affect other tissues in the body. The evidence that radon causes lung cancer comes from studies in people and studies done in the lab.